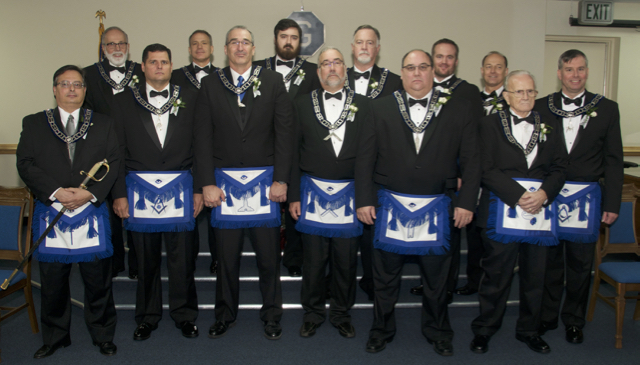 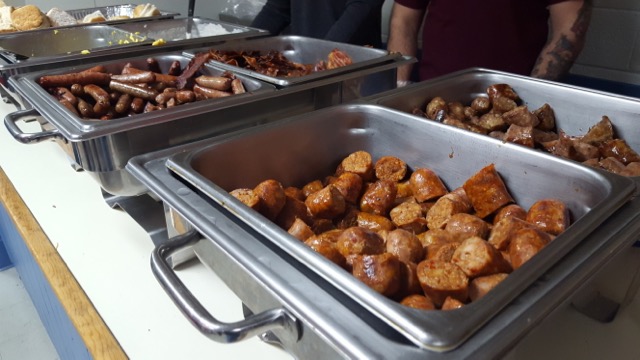 Can you have too much sausage and bacon at a breakfast buffet? I don't think so... 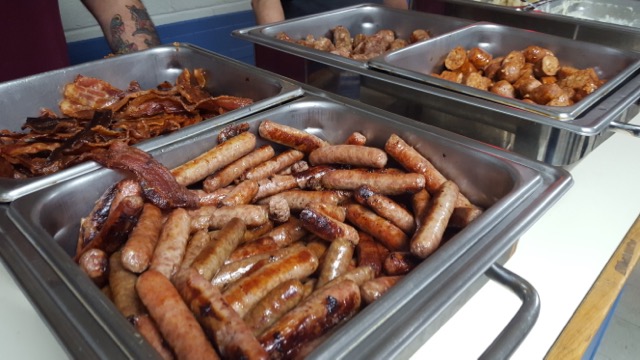 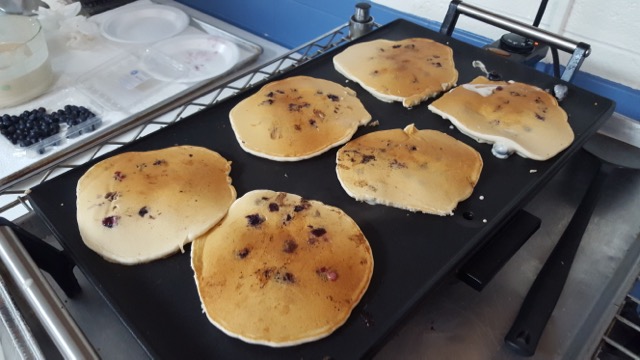 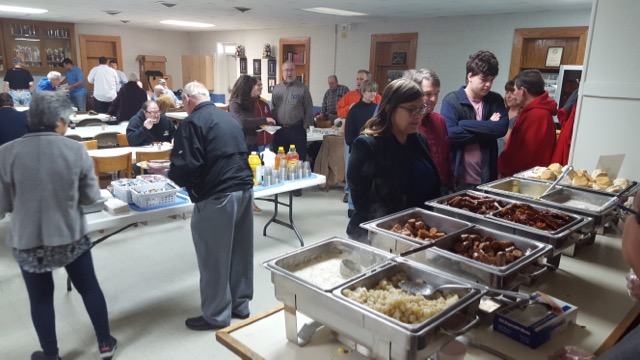 A great time for fellowship, family, and friends. 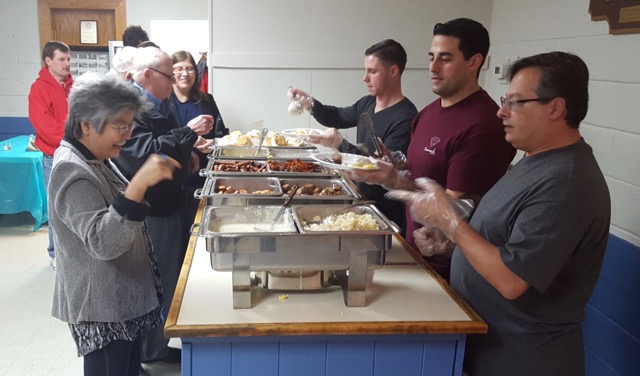 It wouldn't be possible with the great support from the kitchen and serving crew! 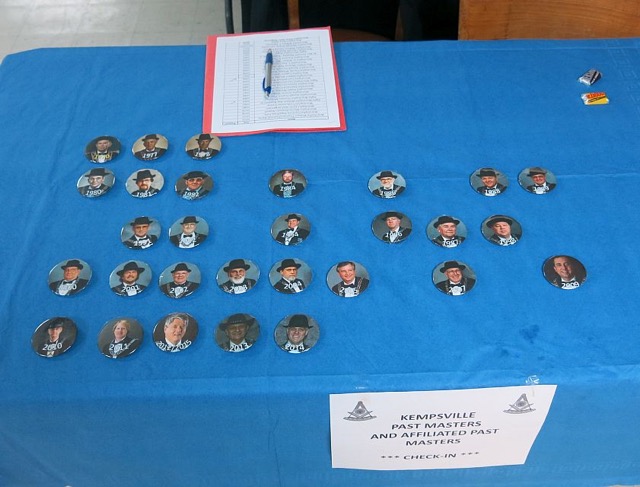 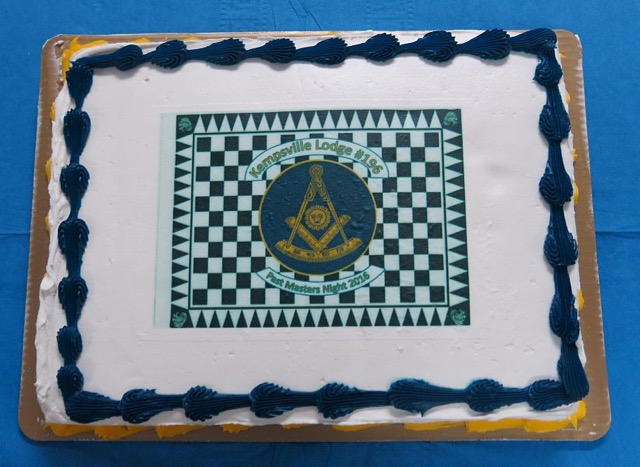 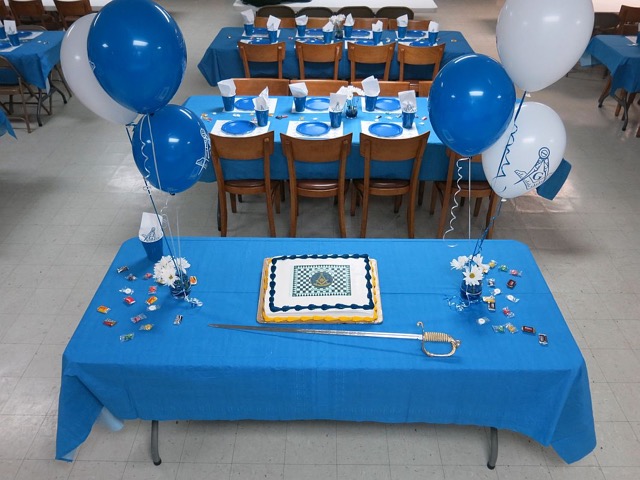 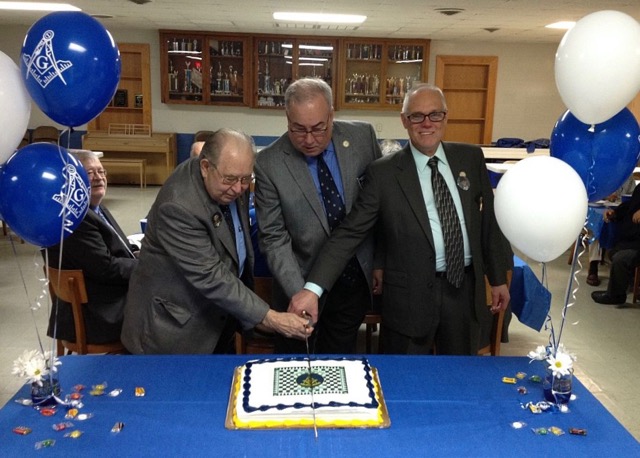 The cake being cut by our senior Past Master, current Worshipful Master, and most recent Past Master (in attendance.) Left to right: Worshipful Tommy Haste, Worshipful Scott Foxwell, and Worshipful Steve Ridgeway. 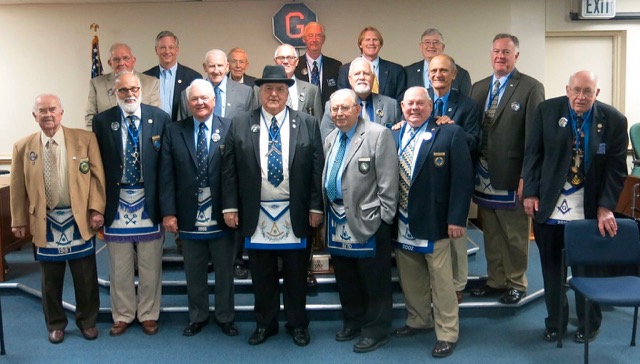 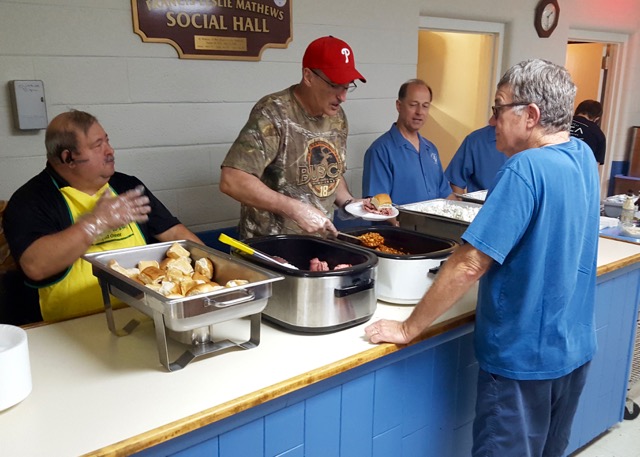 The serving crew hard at work. 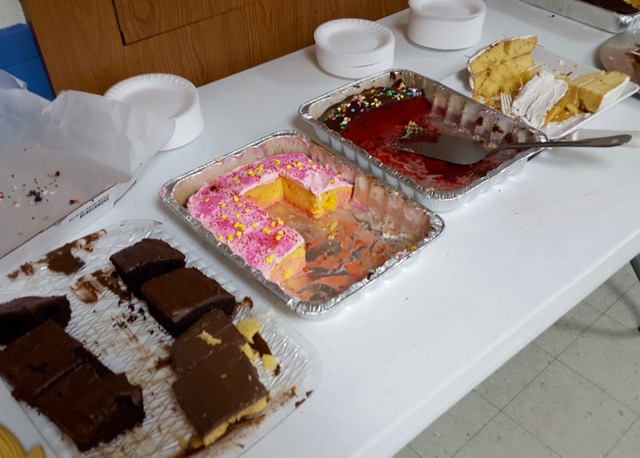 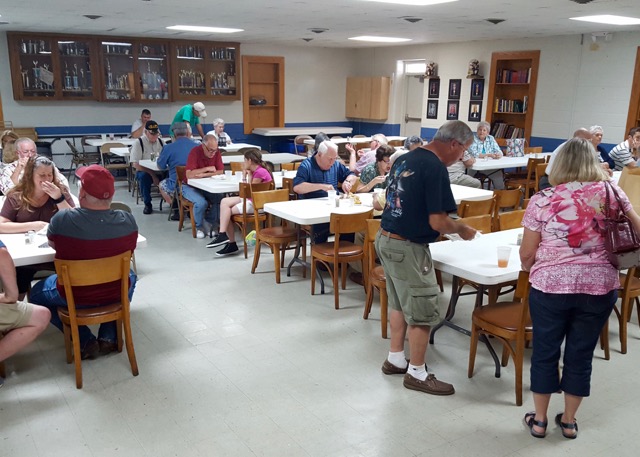 Great fellowship as the social hall begins to fill up. 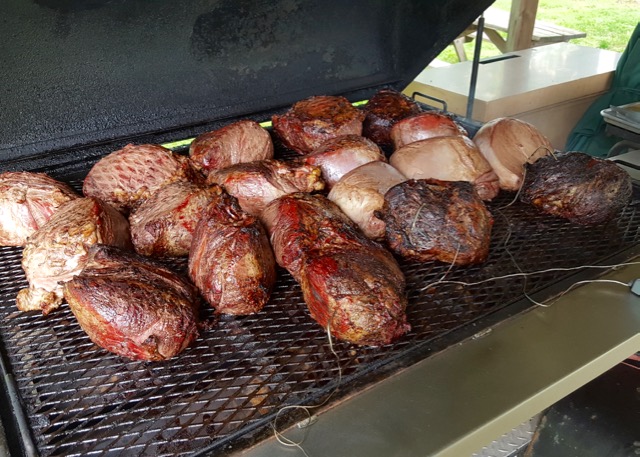 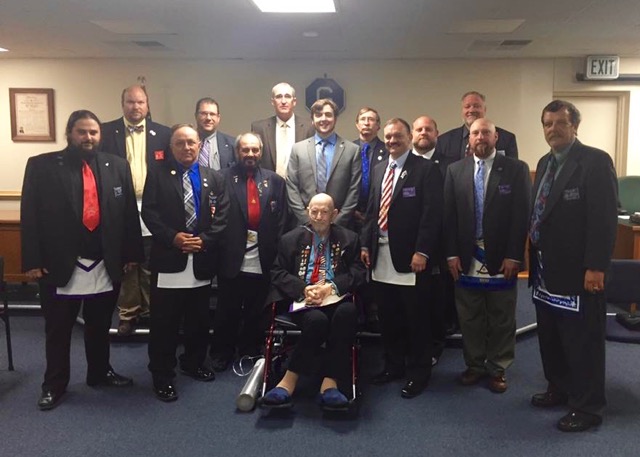 
A special evening as Jeran Gray, son of Brother Justin Gray and Grandson of Worshipful Bob Jones, was raised to the Sublime Degree of Master Mason. The night was made even more special with the help of DeMolay and Job's Daughters advisors. 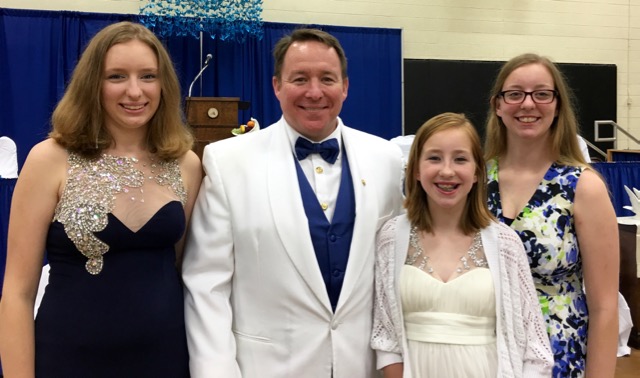 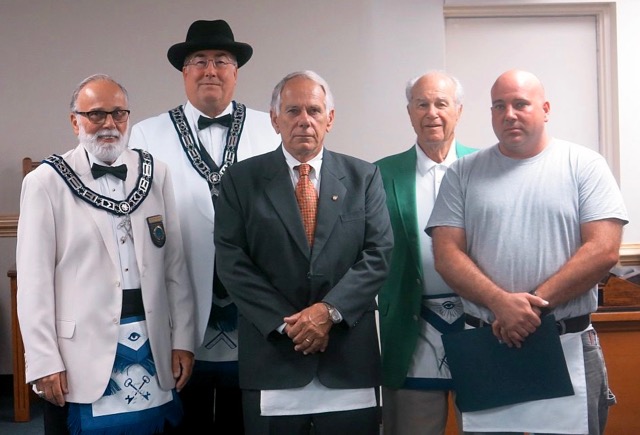 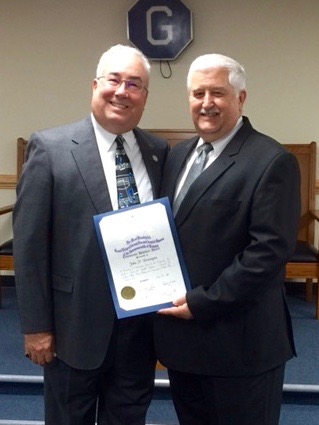 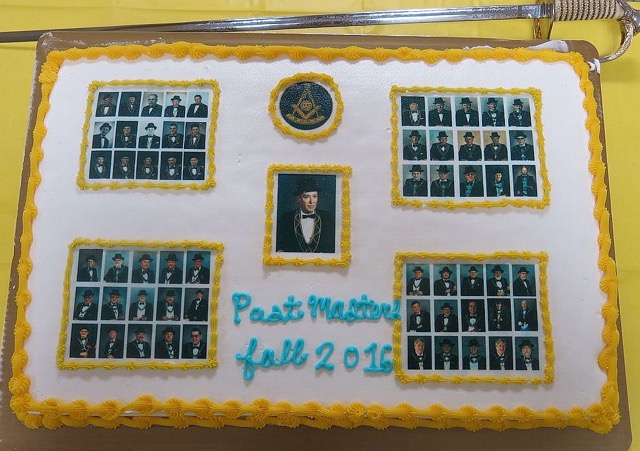 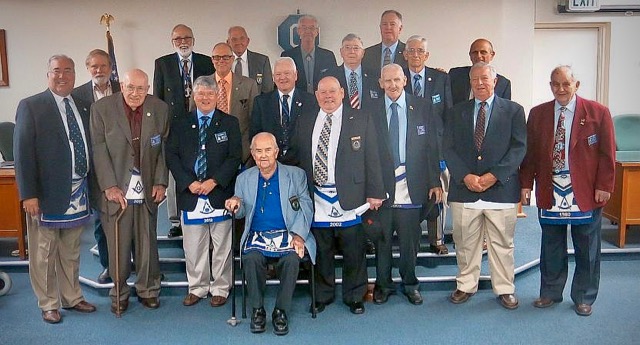 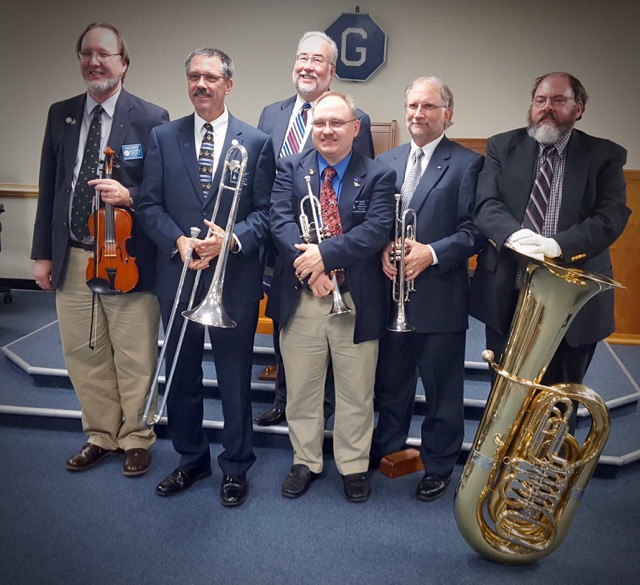 A very special evening of Masonic ritual and music as Worshipful Scott Foxwell leads an exemplification of a Musical Master Mason Degree. Masonic tunes from the 18th century, including one by our Brother Mozart, and hymns and inspirational songs augmented the usual outstanding ritual by our degree team. Left to right:

The musicians performing during the exemplification of the Master Mason Degree. 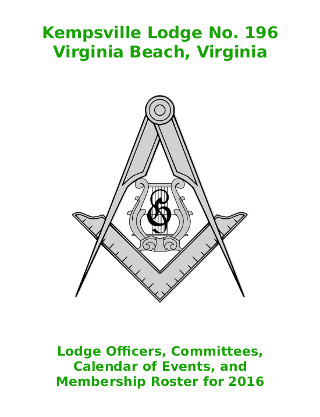