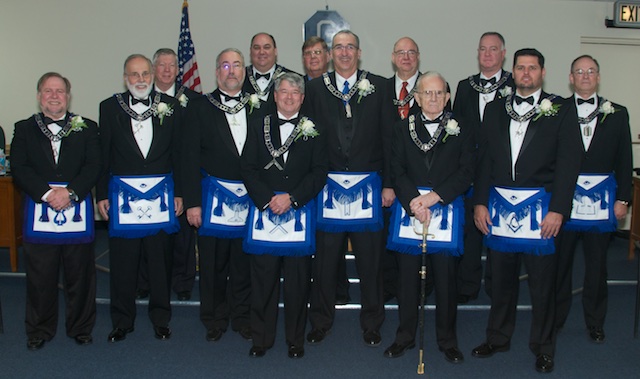 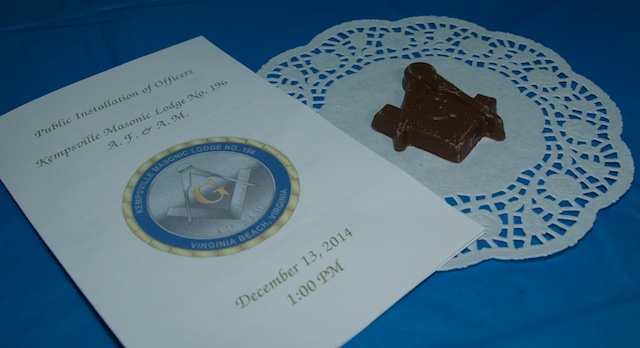 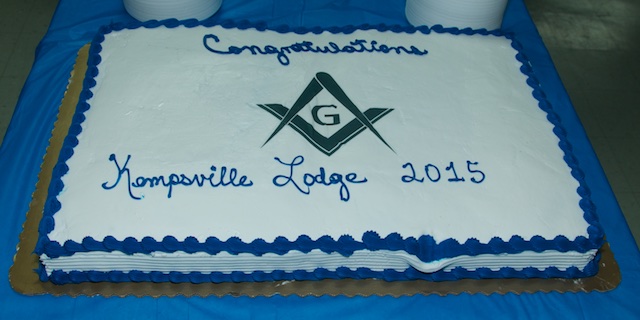 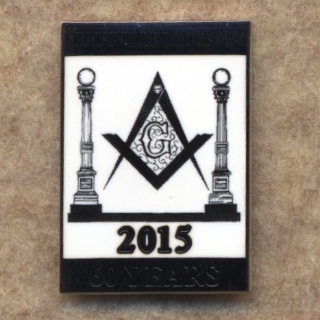 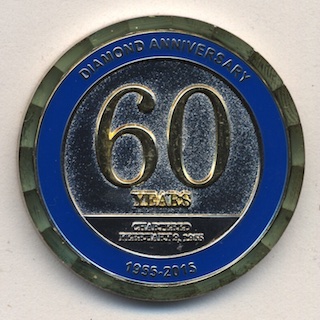 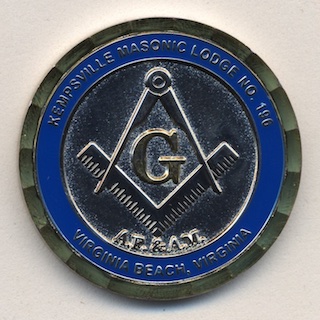 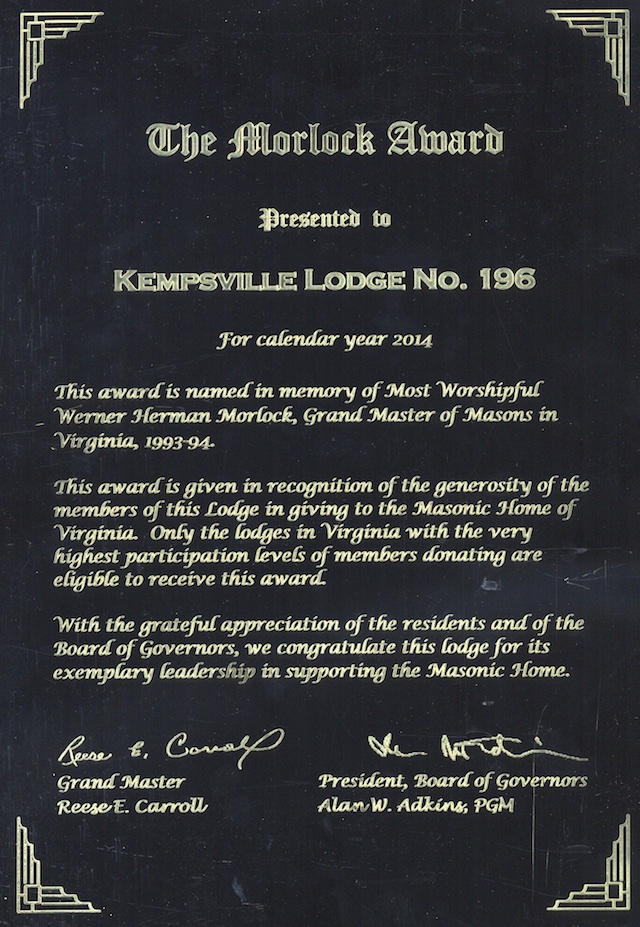 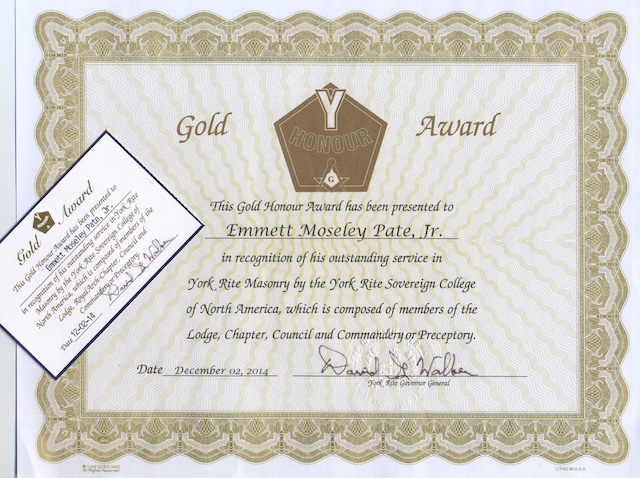 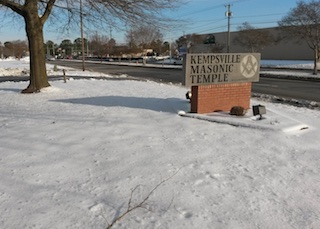 Although the roads are clear, the snow remains from a few days earlier. 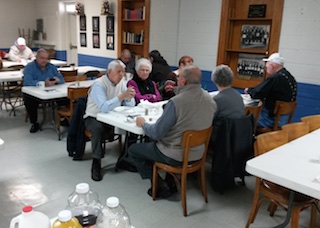 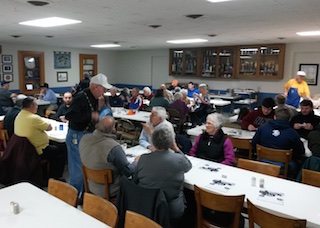 enjoying the food and fellowship. 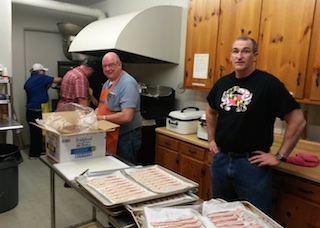 You can never have enough bacon at a Masonic Breakfast. 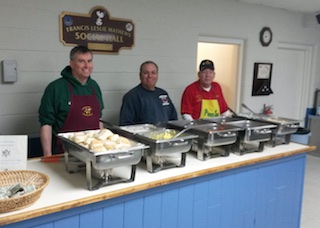 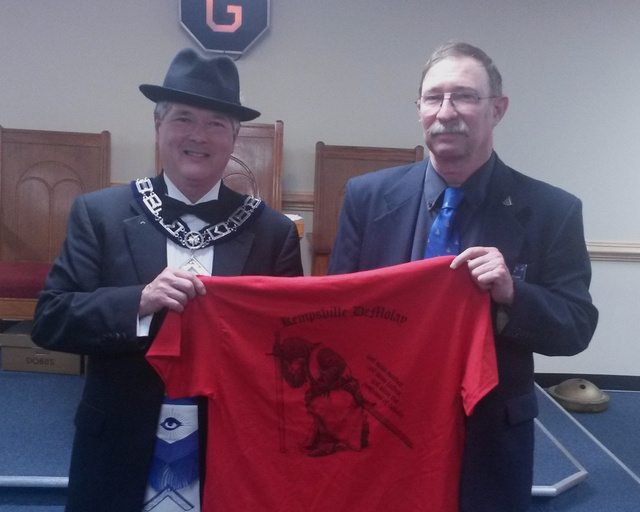 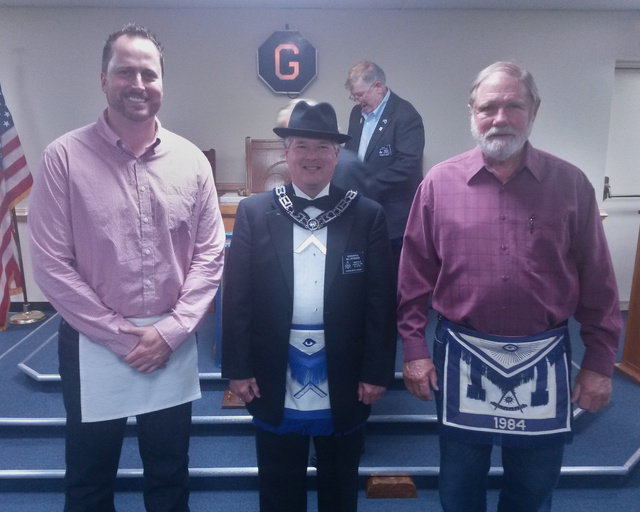 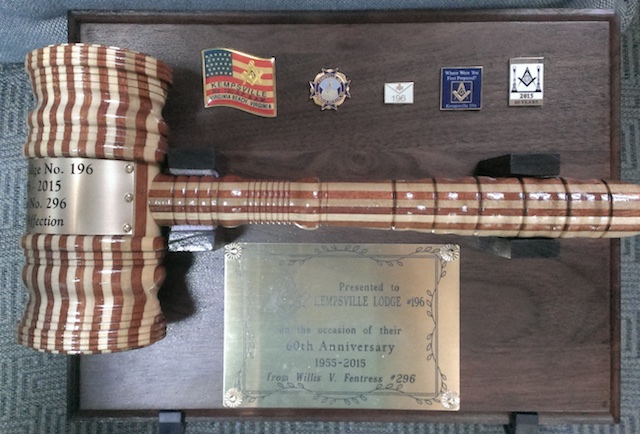 A Beautiful gavel and plaque presented to Kempsville Lodge by Worshipful Andy Amarillo, Right Worshipful Victor Baker and the Brethren of Willis V. Fentress at the May Stated Communication in honor of Kempsville's 60th Anniversary. 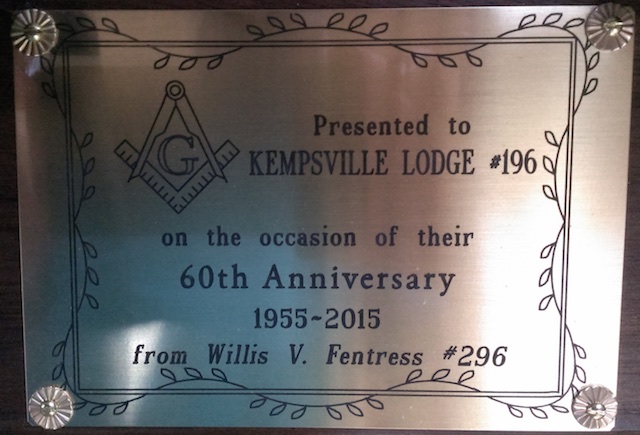 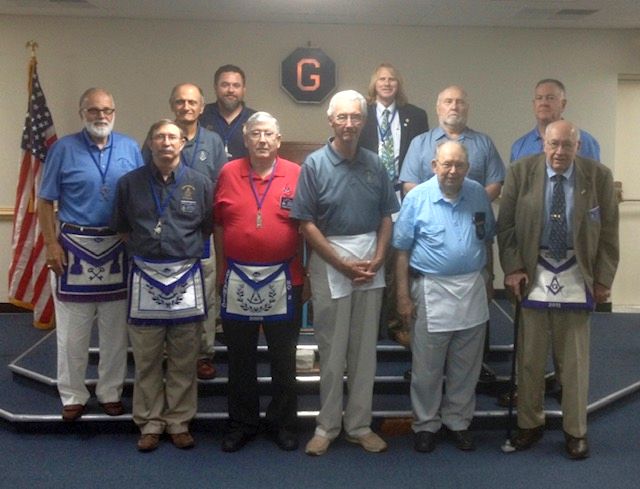 Photo courtesy of Worshipful Bob Stanek
The Past Masters confer a Fellowcraft Degree.
left to right 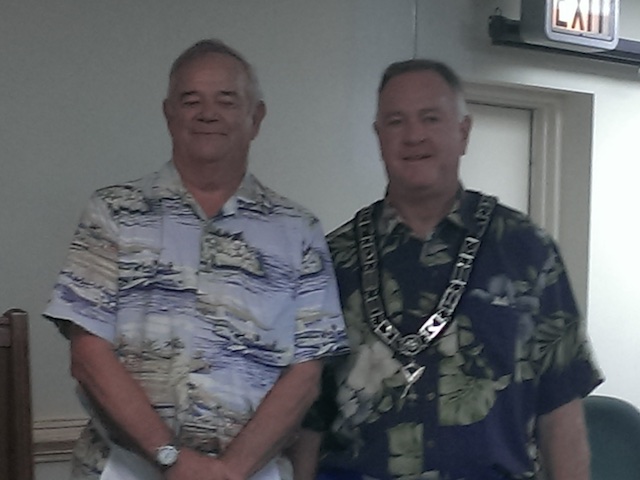 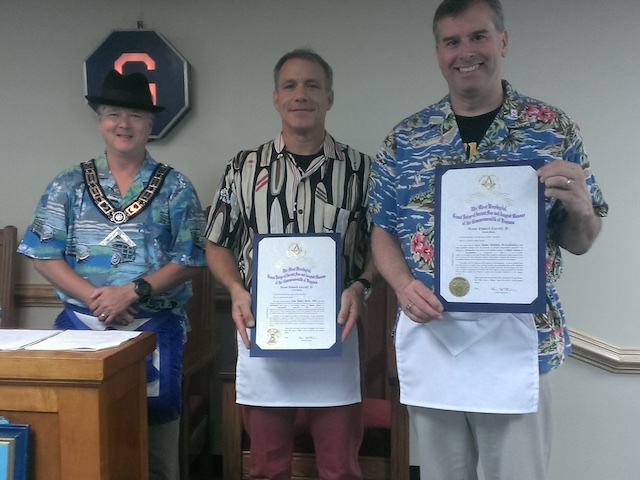 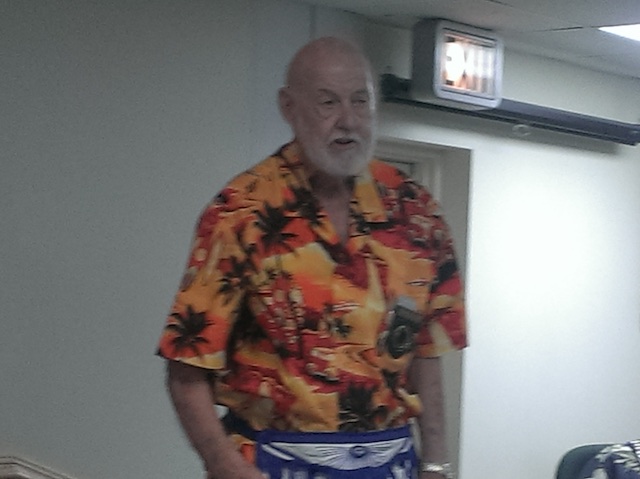 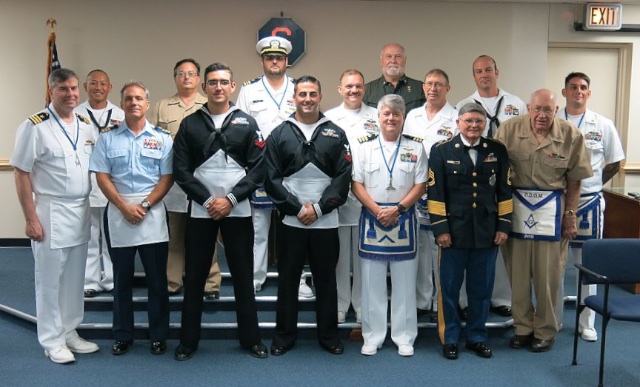 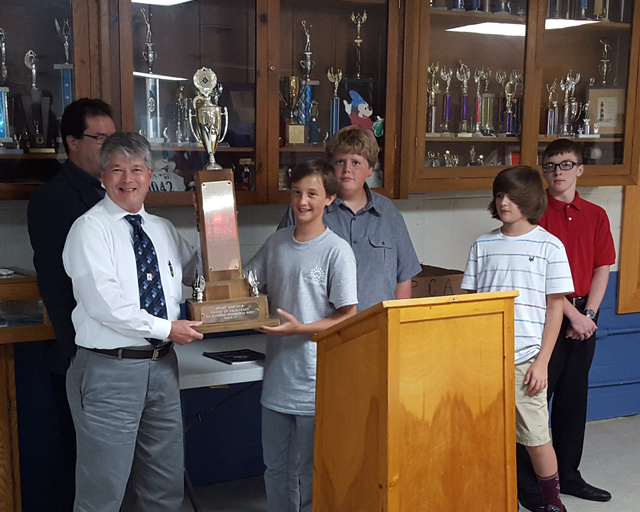 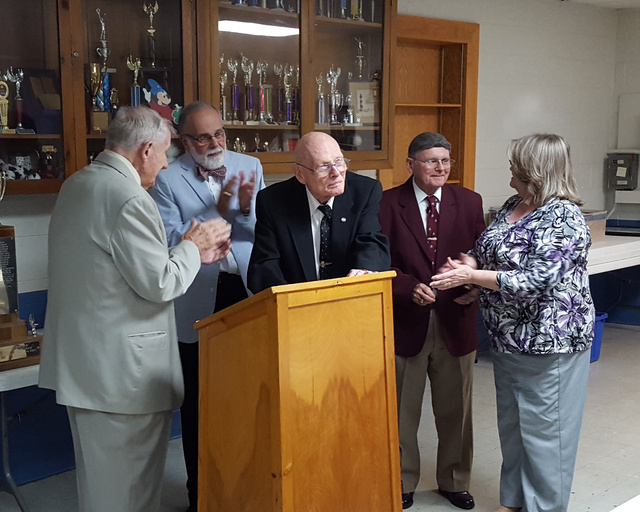 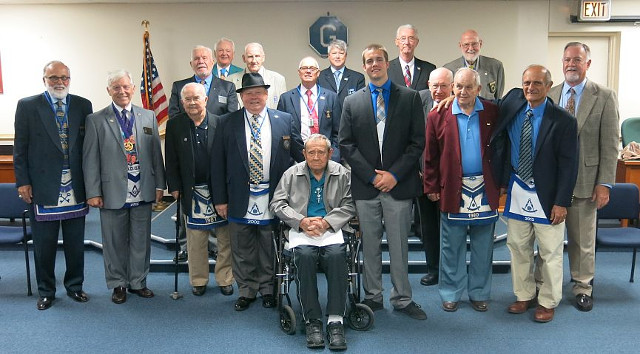 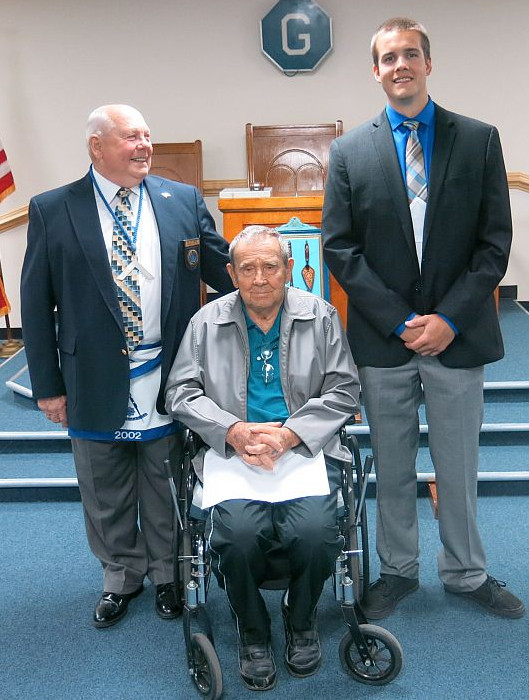 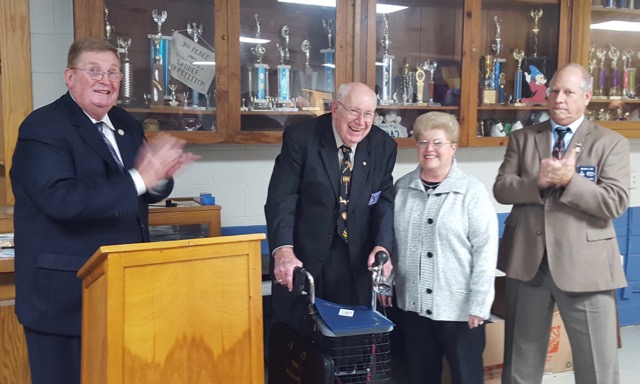 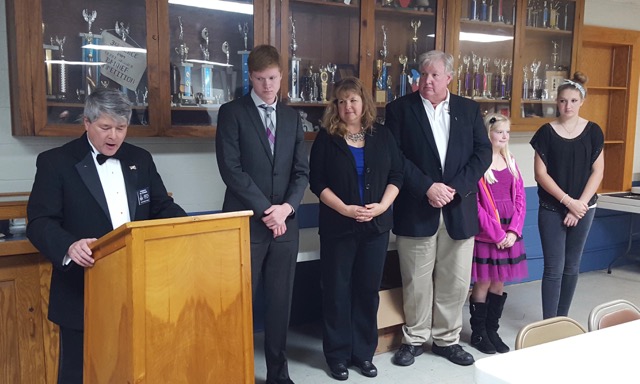 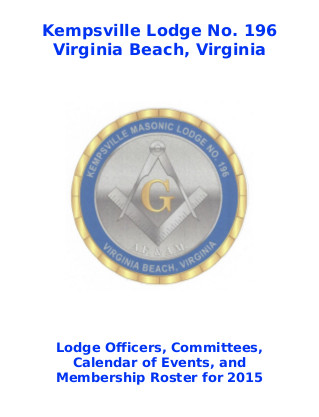