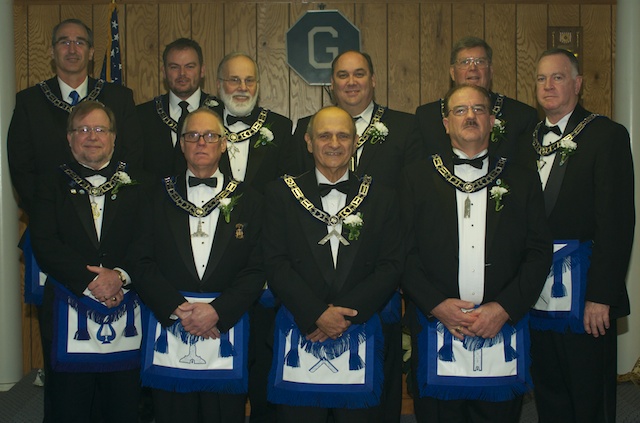 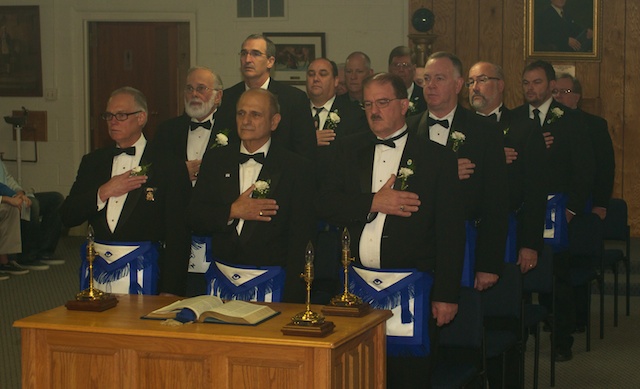 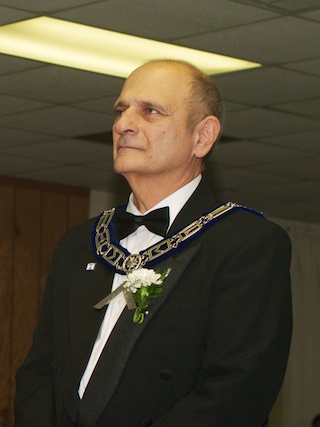 The newly-installed Worshipful Master, Jerry Hallal, being invested with the badge of his office, the Square. 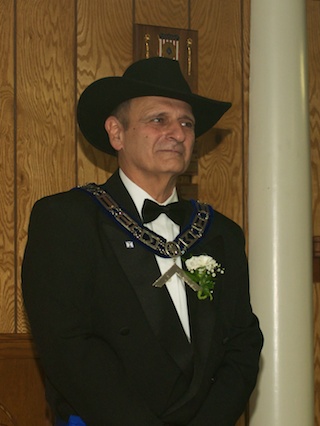 The Worshipful Master being congratulated by his friends and Brethren. 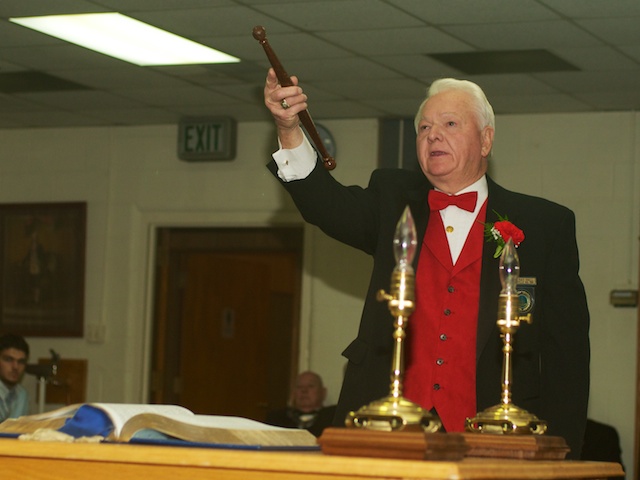 Worshipful Ray Hall declaring the officers of Kempsville Lodge No. 196 properly installed and the Lodge properly constituted for 2013. 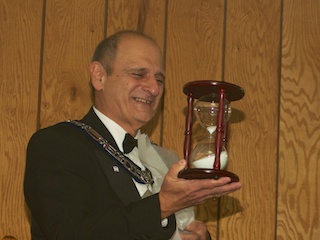 Worshipful Jerry Hallal receiving an "hour glass" as a gift from some of the officers. 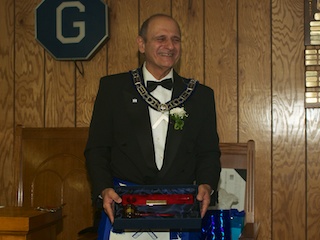 Receiving a gavel from his family. 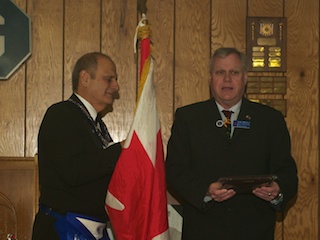 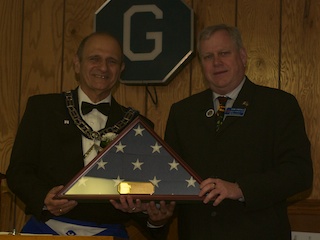 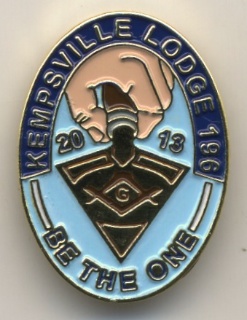 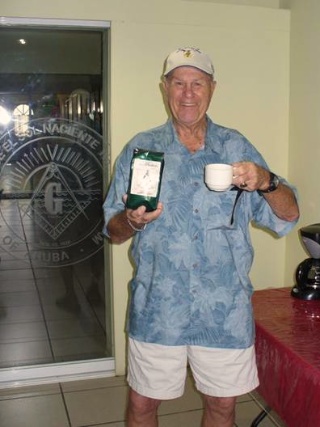 Brother Hank Foiles visits Masonic Lodge El Sol Naciente No. 113, Grand Lodge of the Netherlands, while in Oranjestad, Aruba. Apparently, coffee is another universal part of Masonry throughout the world. 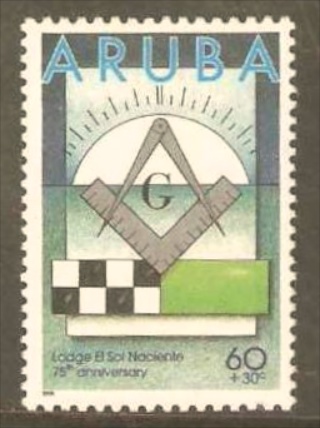 A Masonic postage stamp from the Lodge's 75th Anniversary. 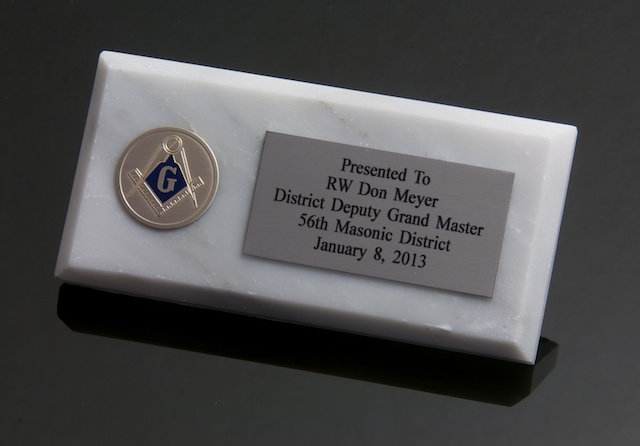 Marble desk ornament given to Right Worshipful Don Meyer on the occassion of his Official Visit to Willis V. Fentress Lodge No. 296 on January 8, 2013. 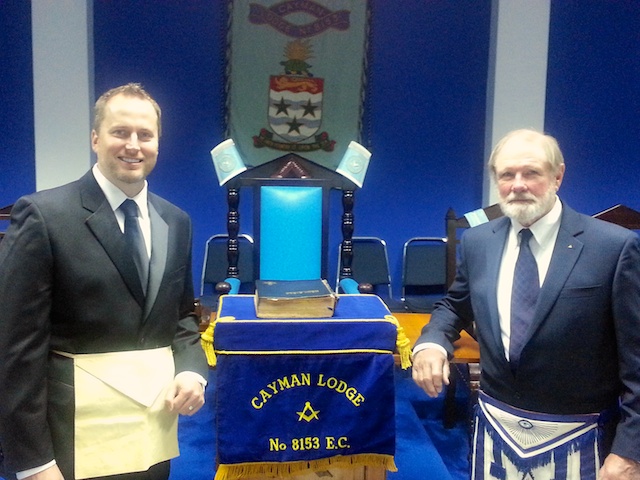 Worshipful Joe Thornton's son, Bradley H. Watts, was initiated into the mysteries of Freemasonry on January 18th in Cayman Lodge No. 8153 E.C. in Grand Cayman. 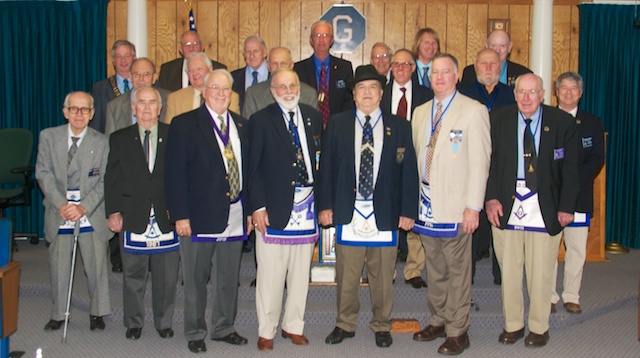 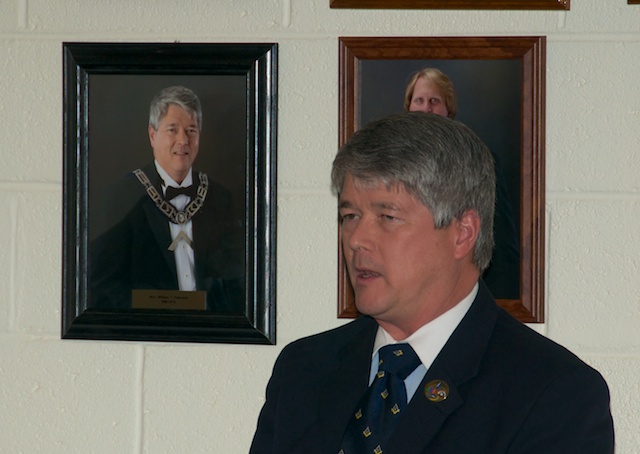 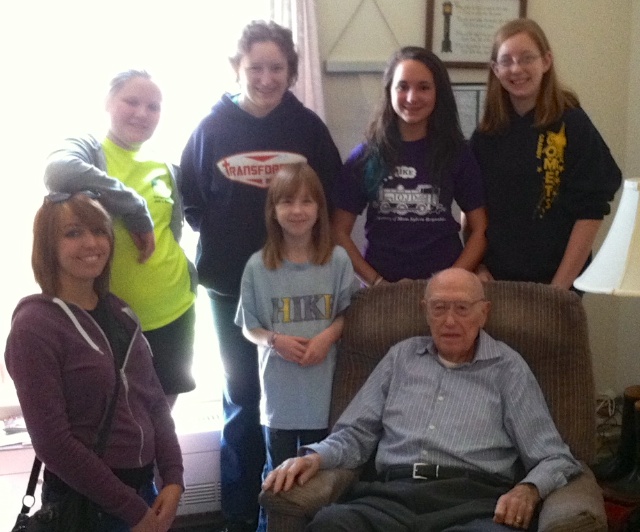 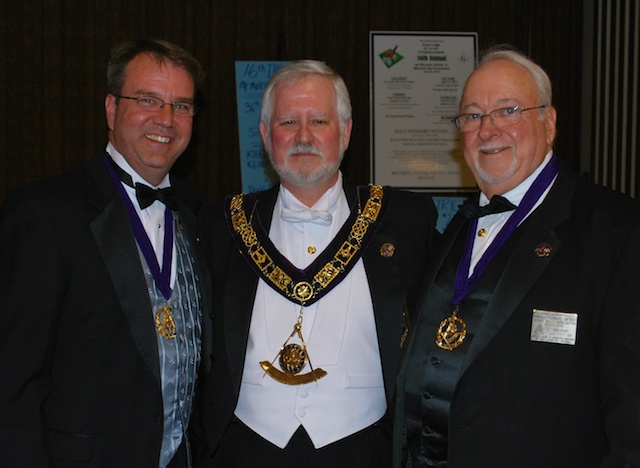 Most Worshipful Louis Kerford Campbell (center) with the District Deputy Grand Masters at the official visit to District 36 and 56. 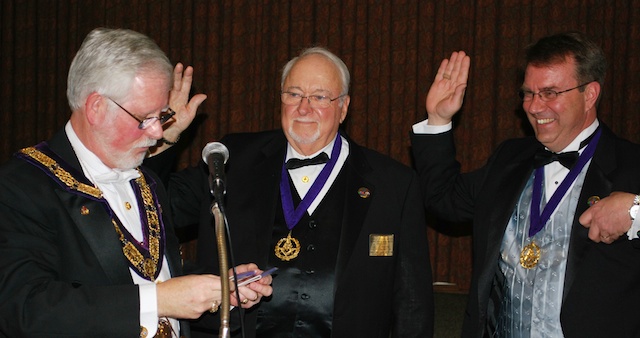 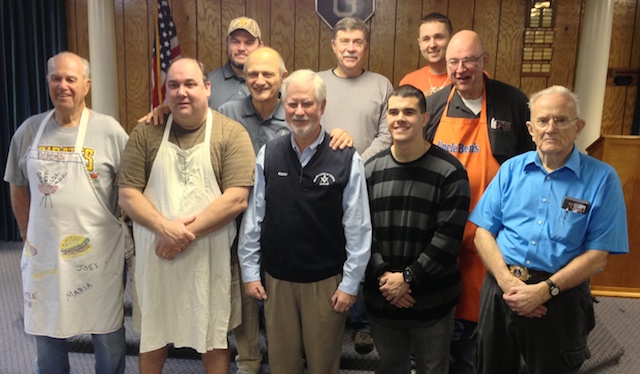 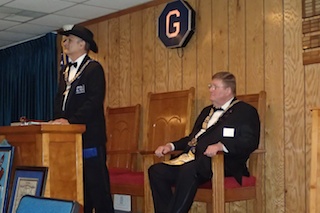 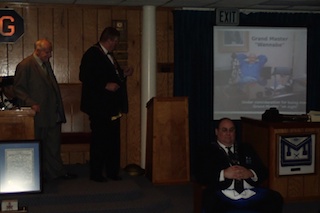 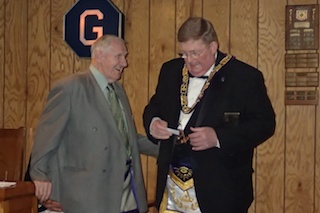 Despite the "evidence", the Grand Master personally presents Right Worshipful McGowan with his 2014 dues card and admonishes him "to behave." 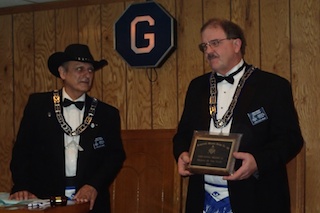 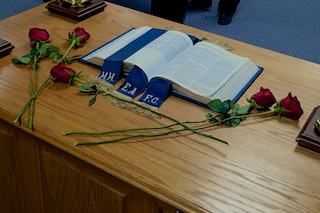 Roses placed on the altar in honor of the five departed Brethen. 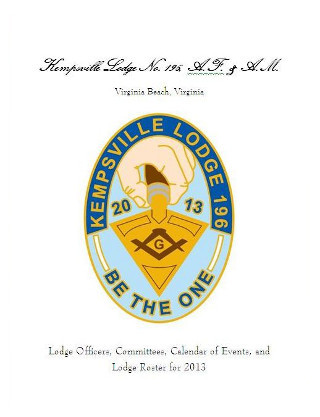