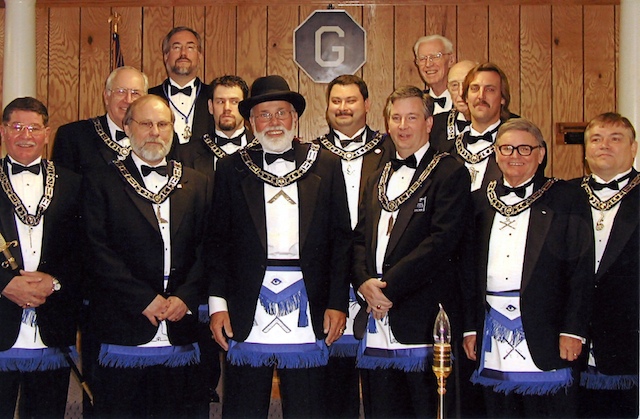 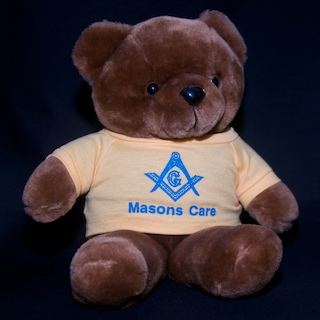 "Masons Care" Teddy Bear sold throughout the the 56th District as a Fund Raiser with several hundred donated to the Virginia Beach Rescue Squad. The teddy bears were placed in emergency vehicles and given to children in distress. 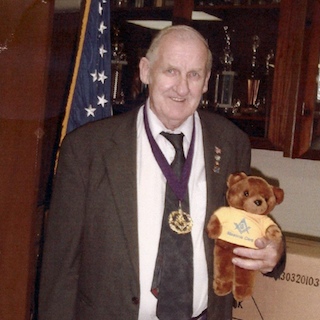 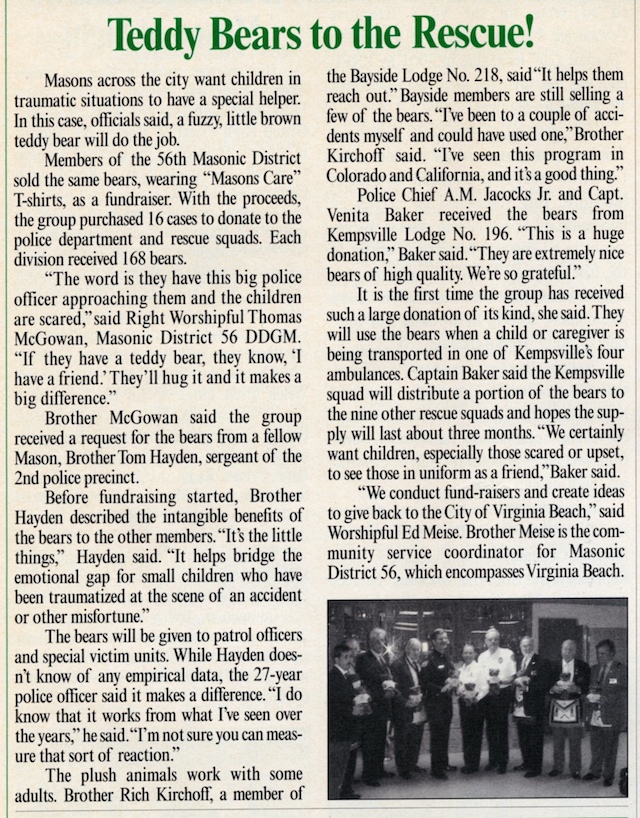 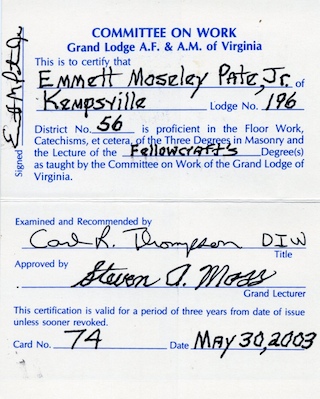 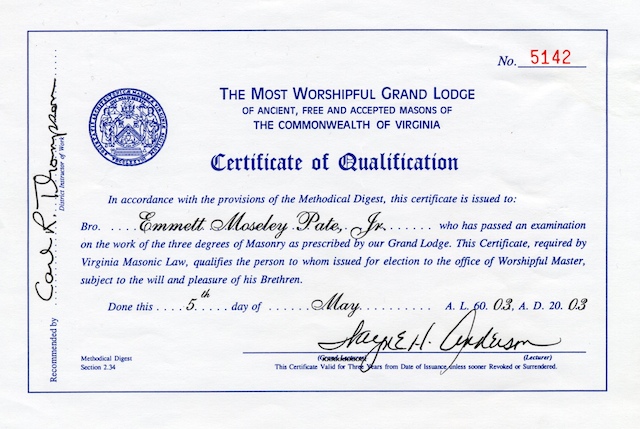 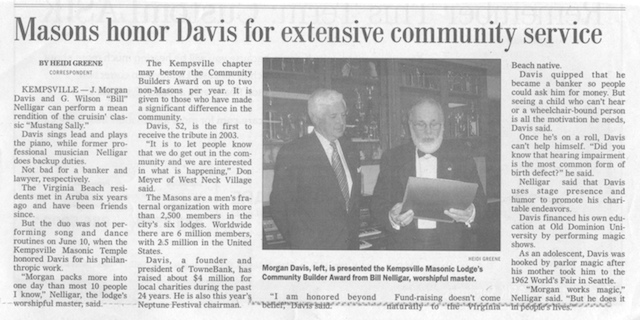 
The Worshipful Masters of the 56th District 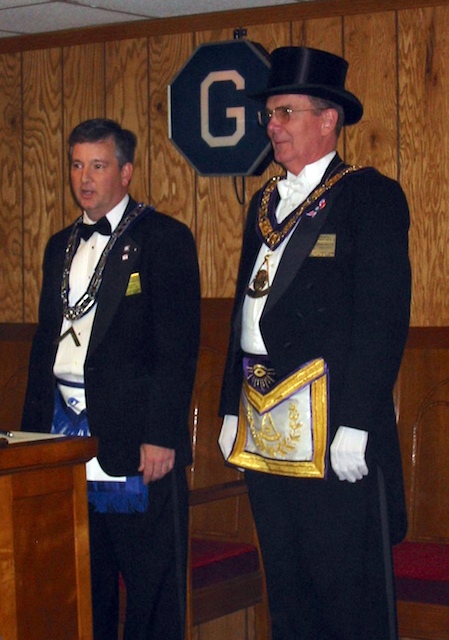 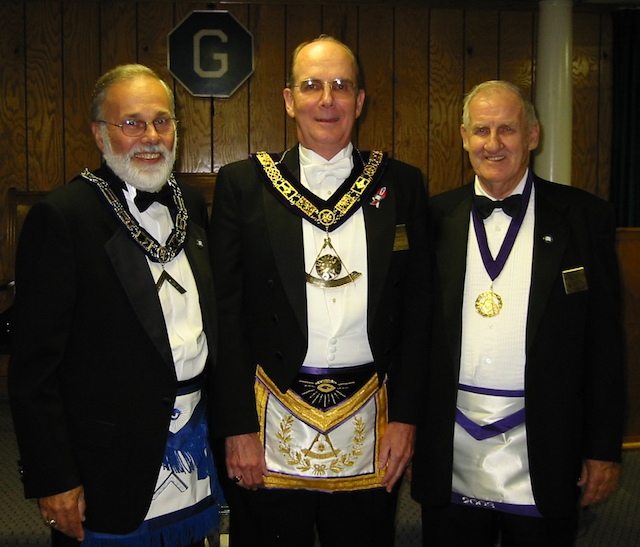 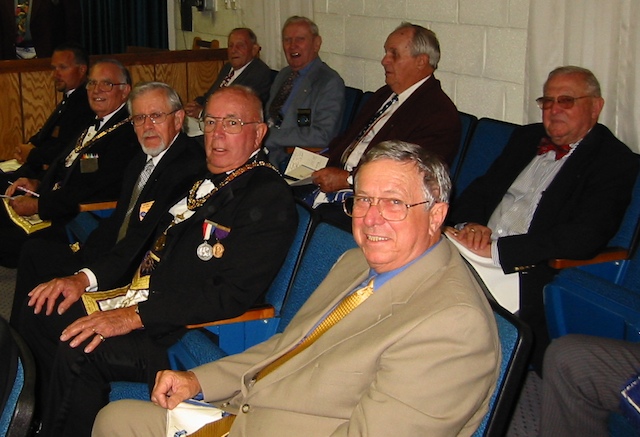 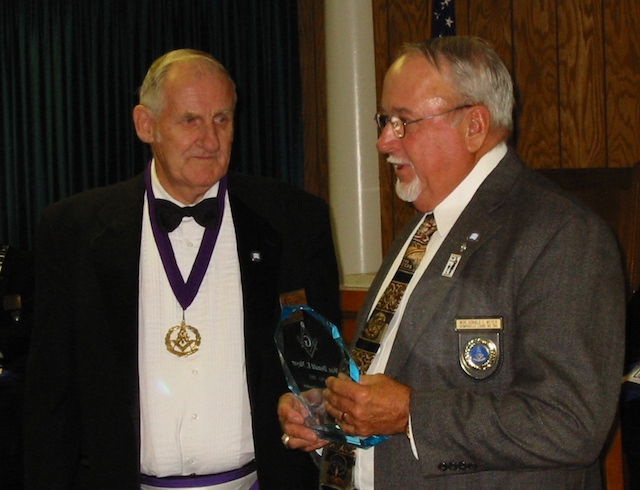 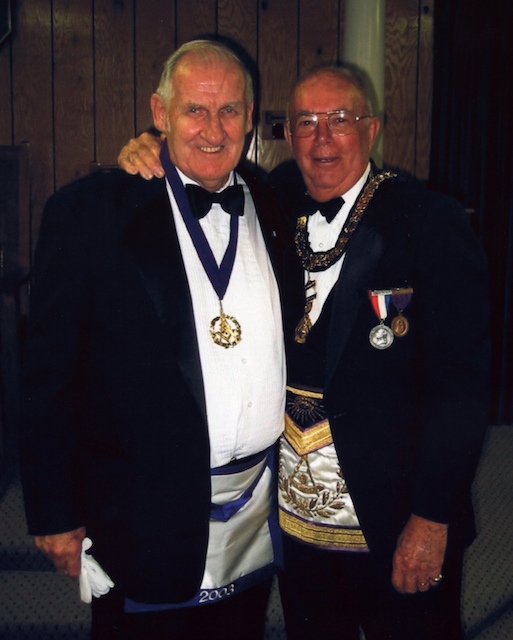 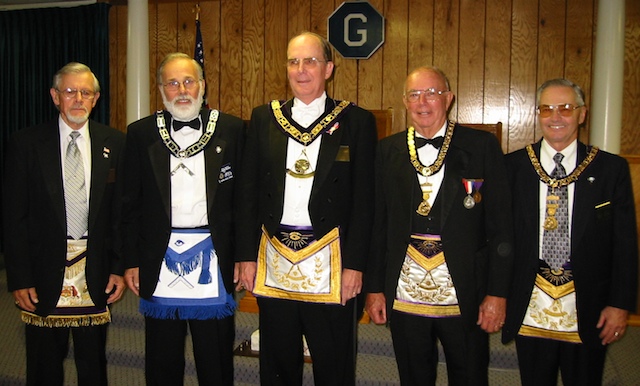 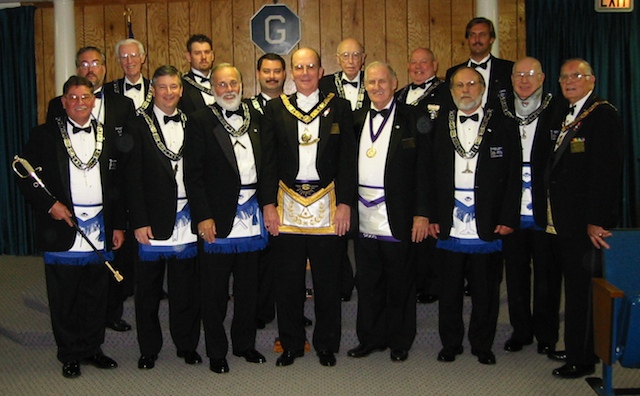 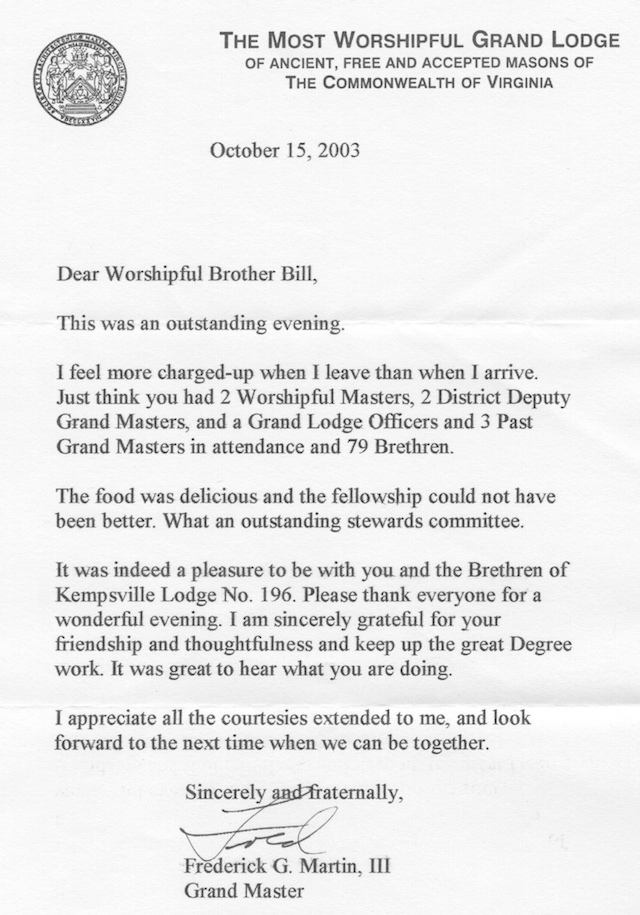 Letter from Most Worshipful Frederick Martin following his Official Visit to Kempsville Lodge. 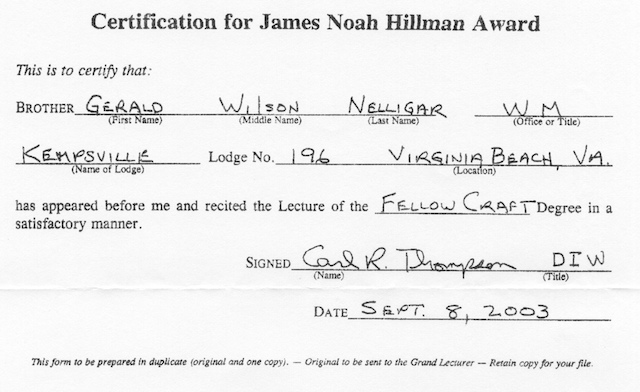 Surrounded by his loving family, Gerald Wilson Nelligar “Bill”, 78, of Virginia Beach, left his earthly body and woke up in the arms of his Lord and Savior on October 24, 2018.

Bill Nelligar, the most remarkable man that ever lived, loved his family beyond measure. He was the perfect example of how to be a husband, father, son, grandfather, mentor, teacher, and friend. He was loved by many and faithful to all who knew and loved him. His life demonstrated the love of family, devotion to others, kindness, forgiveness, truthfulness, honesty, love for his Lord and Savior, and love of Country. He was exceedingly grateful for all of his blessings and was always excited to share a joke, a song or a life story. Bill was gentle, humble, and soft- hearted. He has shed many tears to express his tenderness and compassion. He was a true Gentleman and a tower of strength.

For 25 years he was a professional entertainer, vocalist and guitarist. He was involved in radio, television, movies, studio work and entertainment venues in the United States and Europe. He had a talent and passion for music and used every opportunity to share it with others.

Bill was the Director of the Old Dominion Cloggers and devoted his time and love of dance to mentor the team members.

Bill graduated from TC Williams School of Law earning his Doctorate of Jurisprudence. He also graduated from Princess Anne high school, class of 1958, Tidewater community college, and Old Dominion University. He practiced law for 37 years in his Virginia Beach Office. After retirement, he served as an adjunct professor at Tidewater Community College, Norfolk campus sharing his knowledge and passion for law. He was always willing to serve his community and church family. Bill embraced life and enjoyed every minute and his joy was infectious. He could light up a room.

Bill was a Master Mason for 37 years, a member of Kempsville Masonic Lodge number 196, Virginia Beach, Virginia. He served his masonic lodge as worshipful master in 2003 and he has served as lodge treasurer for the past 12 years. He was a Scottish Rite 32nd° Mason, Norfolk Scottish rite bodies. He was also a Shriner and a member of Khedive Shriner‘s in Chesapeake, Virginia.