The Prayer at Valley Forge 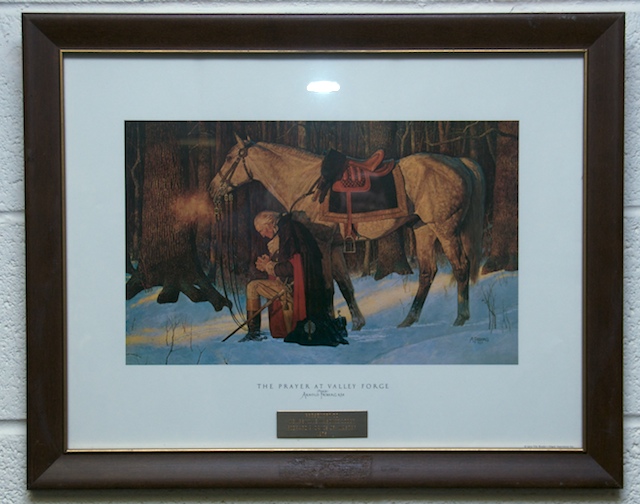 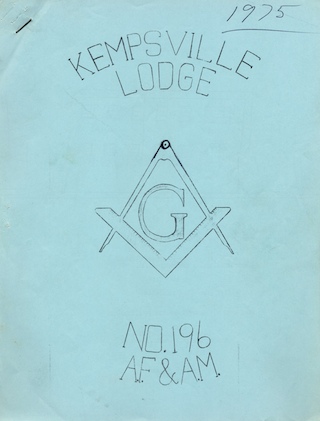 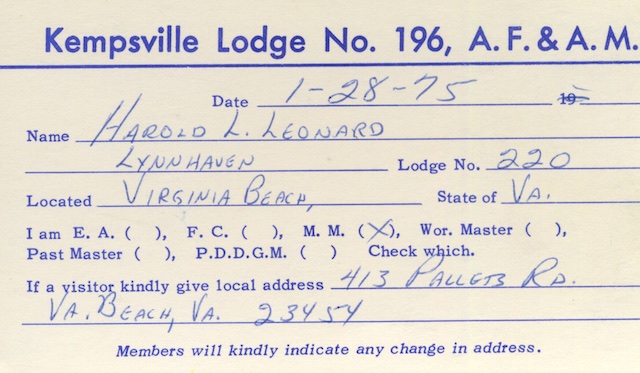 Brother Hal Leonard visits Kempsville Lodge in January of 1975. Brother Leonard would go on to serve as Worshipful Master of Lynnhaven Lodge No. 220 in 2007. 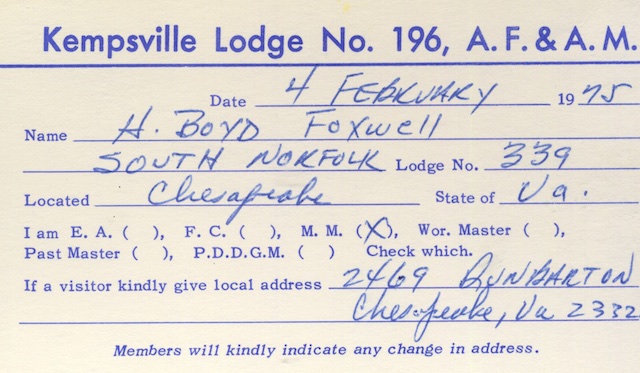 Richard Alfred Davis Jr., 84, passed away peacefully June 13, 2011. He was born Dec. 16, 1926 in Anne Arundel, Md. Richard served his country in the United States Navy and retired with 20 years of faithful service. He was a member of Kempsville Masonic Lodge 196. Richard was preceded in death by his beloved wife of 51 years, Evelyn Anna Davis. He is survived by his children; grandchildren; siblings and friends. A graveside service will be held June 16, at 1:30 p.m. in Rosewood Memorial Park, 601 N. Witchduck Road in Virginia Beach.